Awards and Rewards
(Short Story)
————————————-
Balwant Rai Pahadsingh alias Kuna babu’s aristocratic way of living remained a mere shadow of his grandfather’s grandeur.
Diwan of the ex-state of Pratapgarh, his GrandPaa was such a terror that ‘even a pregnant cow would give way during his revenue collection trip to the village’ so goes the saying. Ever since the British left the country lock stock and barrel, the family’s power meter had nosedived dramatically and those who feared to stand before the family Scion and their descendants,now dared to mimic them !The camphor had vanished , leaving behind the piece of cloth, people used to say. Kuna Babu found it difficult to digest the change and mix with the people of his village.

But today, after so many years, at the age of sixty, he found reasons to be in the ninth cloud and announce to the whole world that the Balwant Rais are always above board . He wore his aristocratic outfit of Shantipuri dhoti and the ghee coloured silken kurta and setout on the village road to announce the towering achievements of his only daughter Swetapadma. Sweta had earned the coveted award of “India’s Interior Designer of the year”. She would be conferred a golden crown at Singapore at the hands of the number one heroine of Bollywood Yanka Chopra. A host of dignatories from India and Singapore would Grace the occasion.The event was stage-managed to coincide with the British Prime minister’s visit to Singapore.The PM would have a separate photo session with Sweta.The gracious daughter had desired her proud father to accompany her.

What could be a better occasion than this to rejoice Kuna Babu went gaga about the pride conferred on his daughter. It was also gathered that the Interior Designing work of Sweta would get a face-lift in an International gallery in New York and Sweta would get global recognition.The villagers, in one voice congratulated Kuna babu and put at least twenty big garlands that covered his tiny clean-shaven face totally.
Kuna Babu shed two drops of tears in memory of his late wife Shakuntala devi. What a rejoicing day it would have been for the poor lady(not literally) to be a part of this!

The d’day arrived. Kuna Babu accompanied Swetapadma to Singapore. He had to stich two new pairs of suits for the occasion. When he came back from Singapore, the width of his chest increased by few inches. He had few snaps with the British PM to boast of and went on exhibiting the same to the whole world. Sweta Padma got astounding fame, both nationally and internationally.

Swetapadma became a household name in the housing industry in the metropolies of India and everybody knew it. What remained a secret was that this cost Sweta only Rs.30 lakh (ten towards travel expenses of all concerned and twenty towards pocket money paid to the organisers and selectors). Some more talented Designers were overlooked ; that was a different matter/part of the game.

When I smelt this from an insider, I shrugged it off saying that such things did happen even in our city in award functions for literary excellences. Sometimes the cost of a literary award was merely five thousand bucks. Its a win win situation, both for the organisers and the awardees.

“Talent” is a word found in a fool’s dictionary. 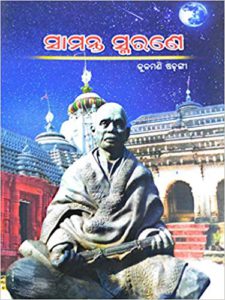